news from the Baltimore Green Party

Shouldn’t the laws apply equally to all of us? Maryland’s election law requires all campaign contributions and expenses to be reported on a regular basis, and made available for the public to see. 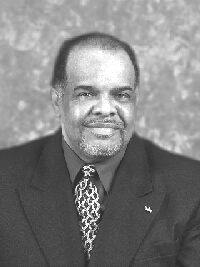 But what if a particular incumbent’s re-election campaign doesn’t comply? What if the public, or even the incumbent’s challenger, can’t see where the money is coming from or how it’s being spent because the required campaign finance reports are overdue?

It seems that political incumbents in Maryland can be years behind on their campaign finance reporting, yet the State Board of Elections still lets them continue to run their re-election campaigns all the way to Election Day.

That’s not allowed under Maryland election law, which says that overdue campaign finance reports make a candidate ineligible to run – but try telling that to the state Board of Elections! That’s what Glenn Ross did when he sued the State Board of Elections and Paula Branch, his opponent in a recent City Council election. Branch was allowed to stay on the ballot in apparent violation of state law. Glenn filed a complaint with the BOE in October, and they failed to act, telling him he should take it up with the courts after the election. They did not indicate that the date by which a suit had to be brought had already passed.

Glenn’s suit was just rejected by the Baltimore City Circuit Court, ironically on the basis that he missed his deadline to sue. Paula Branch missed many deadlines, but because Glenn missed a deadline, it’s doesn’t matter whether she was ineligible or not, now she’s in! It begs the question as to why the BOE simply didn’t enforce their own rules in the first place, as they did last year when they had 2 people arrested for failure to file reports.

Glenn will be filing an appeal immediately. Please help Glenn, and the Green Party, in this important struggle against corruption and “business as usual” in Baltimore politics! Please call 410 366-0894 to help support this case. Donations to cover the legal fees are very much needed, as are people who can help with research.